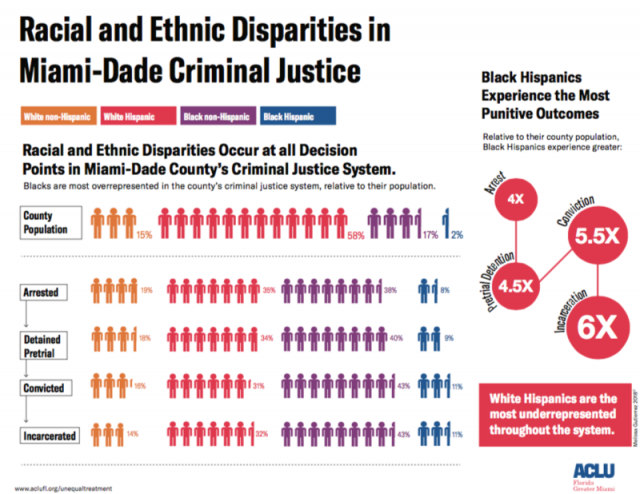 In Miami-Dade county Afro-Latinos face the harsh reality of more severe consequences in the criminal justice system. A recent study by the University of Miami in partnership with the ACLU found that Black Hispanics, although a smaller segment of the population are overrepresented when it comes to convictions and incarceration. The study also found that white hispanics are  underrepresented when compared to their segment of the population. Understanding the implications of this study helps put things in perspective when looking at our culture in Miami as a whole. This reminds us of the film Moon Light, and how underrepresented Afro-Latino culture is in our city. 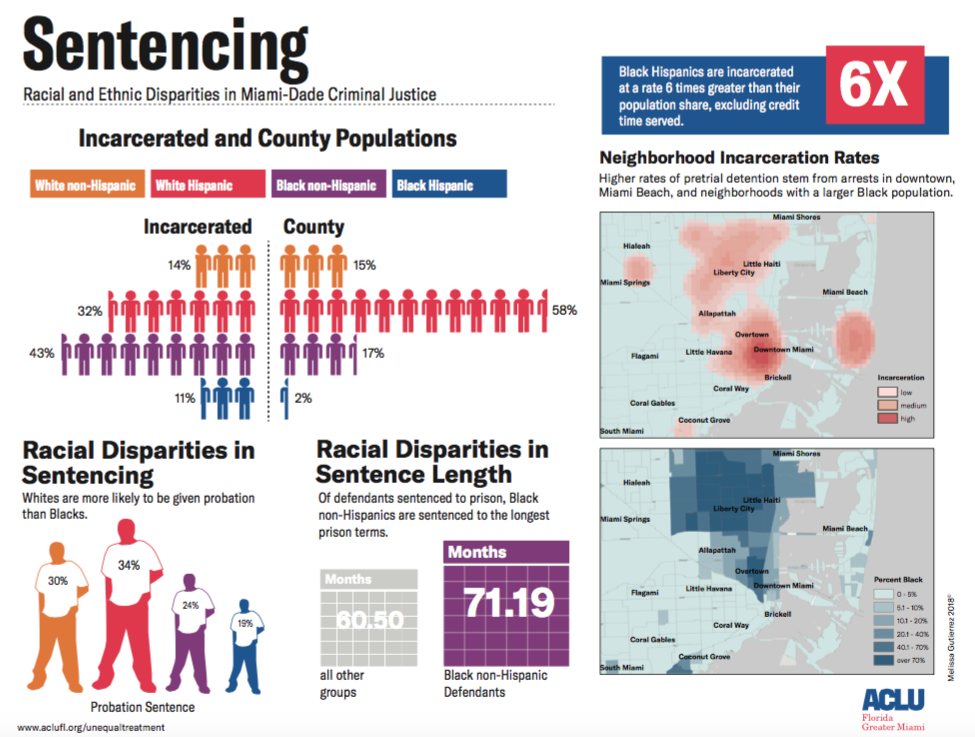 Listen to the radio interview here.

Here’s what you need to know about the University of Miami’s study: